Lefty and Other Stories

Praise for Lefty and Other Stories:

Greg Mitchell, author of Joy in Mudville and Campaign of the Century, winner of the Goldsmith Book Prize

“ ‘Two Letters from the Doctor’ has such stark realism of naïve boys turned into gruesome men that you find it hard to believe that it is fiction. It makes other stories, like [Tim O’Brien’s] ‘The Things They Carried’ seem mundane.”

Doble develops personalities through specific details and concrete incidents rather than author commentary. As in the dramatic monologues of Robert Browning, the narrators reveal more than they intend to and often admit to not understanding the motivations behind their actions.

Doble's stories are both serious and accessible. I'm looking forward to reading more from this author and would recommend this book...

Seven...tender tales of growing up in America. Doble's first collection of short stories presents a number of boy-next-door protagonists trying to wrest their way into adulthood in the face of adversity both common and rare.

The work's shortest piece, "The Accordion's Greatest Hits," which charts the transformation of affection from the budding of new love to the onset of ennui, also proves to be an engrossing tale–understated character development leads readers to ponder the very nature of attraction and consider how the same mysteries of character that initially drew one to a beloved may, if left unsolved, drive one away. 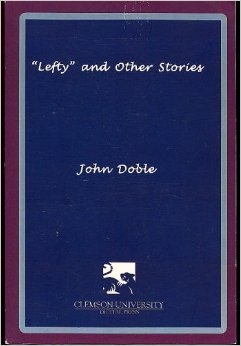